Onya team! All for shave and shave for all 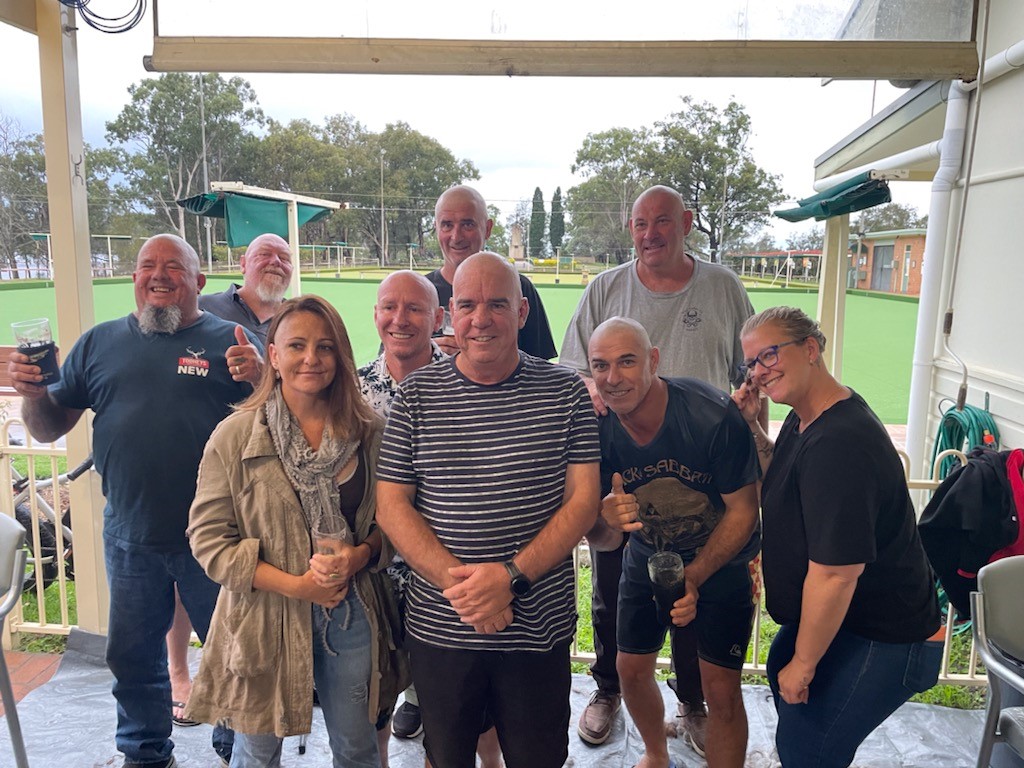 Peter (centre) with Adam and his mates after shaving their heads.

When Peter lost his hair due to prostate cancer treatment, his friend Adam rallied a group of mates together and two days later they shaved their heads in a show of support.

They also used the head shave to raise awareness and funds for PCFA, knowing it makes a difference.

Better still – they had fun in the process.

“It was pretty exciting to do but we had to quickly get as much attention as we could in two days. We reached out to Club Catalina at Rathmines Bowling Club in Lack Macquarie for the venue, promoted the event on local Facebook groups, reached out to local businesses for their support and in the end the event was a huge success.

“We raised over triple our target and importantly, were able to show our support to Peter.

“It was so good to see him forget about what he is going through for an evening and enjoy it. It was also an opportunity to encourage him and show him that there is a community of people right behind him.”

Adam and the group raised over $2,700 on the night and continue to fundraise - and outstanding achievement.

If you’ve ever thought about organising a fundraiser and shaving your head, or doing something different, Adam’s advice is to just give it a go.

“Give it a go. Once you have the idea, go hard and get as many people involved as possible. You can also utalise the assistance that PCFA give.”

So, while he’s feeling the cold a bit more now, Adam said he plans to keep his head shaved for as long as Peter’s treatment continues.

A special thank you to all involved, including Club Catalina who helped with raising funds, and organising and promoting the event.

To show your support to Adam and Peter, check out their PCFA-Team page here: https://fundraise.pcfa.org.au/fundraisers/adamcowen/shave-star

Follow us on social media for the latest news!